New Year’s resolutions – such a wonderful earthly tradition! But why is it that so many people fail in their attempts to make improvements? While most people would blame their lack of will power, I think people fail due to lack of accountability! As such, for the turn of the decade, I propose to add a little R&R to New Year’s resolutions – Rewards and Repercussions. Here’s how it works. Write down your resolution(s) in detail, stating the goal(s), timeframe, and actions to be taken. Then, review the details with your most honest friend and include repercussions for failures to act and rewards for acting as planned. Both people sign the document and your friend’s job is to ensure you follow through as planned and rewards you, or punishes you, accordingly. Make it fun and achievable, but most of all – take action. 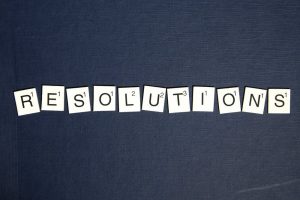